A Caribbean Home from Home

Situated along the Belmont Walkway overlooking Bequia's harbour The Frangipani Hotel was originally built as a large private residence on the island. Built by a local sea captain in 1898 as a family home this familiar landmark in Belmont is a 2 storey shingle-sided building that sits gracefully overlooking the harbour activity that hasn't altered in over a century. Over the last 40 years the Frangipani has been run as a hotel. Named after the common name for Plumeria, an exotic highly perfumed plant The Frangipani is established on Bequia as one of the oldest and most welcoming hotels on the island.

Listed as one of top 100 bars in world

The Hotel has an open-sided dining-room, very popular beach bar and 2nd storey sun deck from where guests can sit and watch the world go by. The beach bar is famous,every Thursday night is the Barbecue Buffet 'Jump Up' with live music from the Elie Steel Orchestra, a very popular weekly event and one to which reservations would be recommended the hotel is located close to restaurants, boutiques, dive shops and just 15 minutes from the airport.

The Island of Bequia

Bequia, which means the Island of Clouds, is one of the most beautiful and unspoilt of the 60 islands that Makeup the 68 mile long archipelago of the St. Vincent & Grenadine Islands. Jimmy Buffett Lists Bequia as one of his top 5 least spoilt of the Caribbean Islands. Due to the remote position of the islands and their dependence upon inter-island trade the locals who are proud of their boat building and fishing traditions are eager to share their knowledge and welcome visitors to the island.

The Frangipani Hotel has four different types of accommodation to satisfy a range of clientele; from the Original rooms for those with simple tastes and small budgets to Air Conditioned Deluxe Suites for those requiring a little more luxury. The original rooms are in the original building whilst all the other rooms available are located on a gentle rise to the rear of the Original frontage. Rooms are traditional in style and handcrafted with Caribbean Hardwoods and local stone. All rooms have hot water. Wireless internet service is available for purchase at the reception. Room service breakfast is available on request in all rooms except in the Original Rooms.

The Grenadines Collection does its best to ensure that photos and descriptions of villas and surrounding areas are accurate. Some variation may occur as a result of changes made by owners and / or other conditions and activities in the vicinity of the villas. We work hard to give you the most up to date villa information and villa Calendars.

A central location on the island this is an established area above the Belmont Waterfront Walkway. The shore side is a relaxing and social area with sandy restaurants...yachts at anchor... children playing...a friendly fun area. Home to Bequia's longest established Hotels,the Frangipani the Whaleboner and the Gingerbread. There are small wooden jetties and its the place to stroll along the shore to Port Elizabeth or past the Dive shops to Princess Margaret Beach just over the headland. Houses and villas here enjoy panoramic views over Admiralty Bay, the finest harbour in the Windwards with visiting yachts form all over the world. The sunsets are breathtaking. 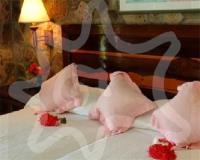 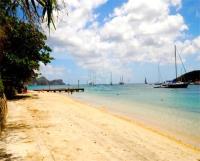 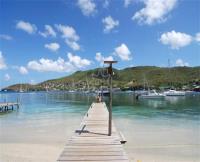 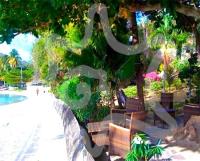 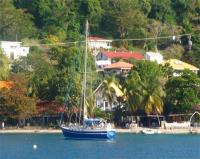 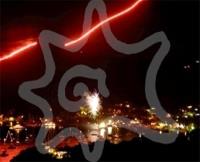 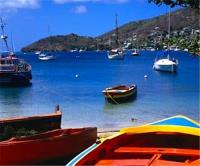 Sorry, unavailable for your selected dates - see the availability & rates tab for availability

Ocar, Bequia St Vincent and The Grenadines
View All Properties For 2 Guests

Let us do the leg work

Unlike many large listing sites , we have a dedicated team in the Islands, for full guest & owner support.